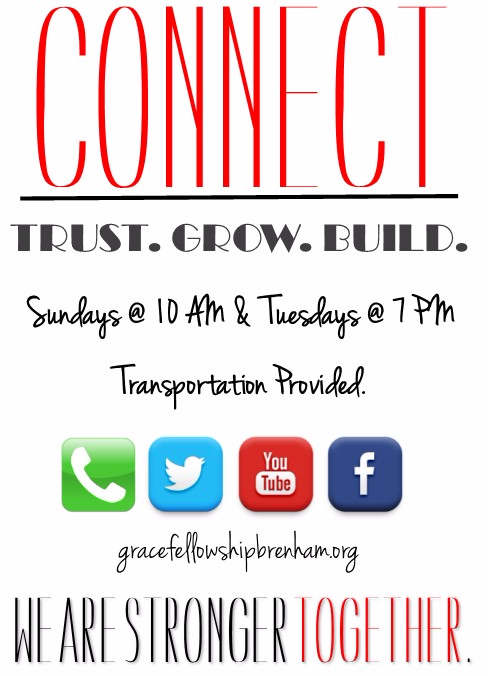 I pledge allegiance to the Christian Flag,

and to the Savior for whose Kingdom it stands,

With life and liberty for all who believe.

Our current leaders have been volunteering in their communities for many years, and they bring with them an incredible ability to lead, inspire and care for those that need it.

With over 50 years of volunteer experience among them, our leaders provide The Fellowship Of Faith with the inspiration and direction to keep the organization moving forward and expanding in new areas based on our community's needs.

Pastor George Nelson Jr. is founder and senior pastor of the Brenham, Texas-based church, Grace Fellowship “The Fellowship of Faith”. Having baptized many into the faith with a powerful dynamic preaching ministry. A ministerial and business visionary, entrepreneurial trailblazer, altruistic philanthropist, and spiritual shepherd to many around the globe.

Pastor Nelson is the visionary behind several entities: the Fellowship of Faith Ministries, Inc., a non-profit organization created to bridge the socio-economic gaps that exist; Grace Angel Academy & Daycare, a private, Christian daycare that offers a caring place for those who desire a place of sanctuary; Kingdom Builders Fellowship of Brazos Valley; Jobs Partnership Of Washington County (JPOWC), helping to develop skills to acclimate ex-offenders and underserved individuals in the area of employment ; and George Nelson Jr. Ministries, Inc. solely responsible company that produces and distributes his books, plays, movies, music projects and economic conferences. Additionally, he has established numerous active ministries that work within the church and community to serve the people of God. He is the C.E.O of Judnell Records LLc producing such artists as Brandee Nelson, Kenny Browne and Kenny Taylor.

Pastor Nelson awards and honors are numerous. He has been consecrated as an Overseer of the Kingdom Builders Global Fellowship under the leadership of Bishop James Dixon II, an international ministry with a reach all over the globe. He also presides over the Kingdom Builders Fellowship of Brazos Valley connecting seven counties and thirteen churches and counting. He also served on the credentials committee of the Southern Baptist of Texas Convention of SBC for four years. Co-founder and elected first president of the African American Fellowship of the SBTC. Pastor has received many recognitions from Washington County Republican Party, Brenham Independent School District, JPOWC, KBGF and served of various boards such as Boys And Girls Club of Washington County, Children Protective Service of Washington County, JPOWC, Brazos Valley Economic Development Council, Brenham Downtown Beautification Committee, First African-American Moderator and Vice- Moderator of the Independence Baptist Association of the Southern Baptist Convention. Co-Founder of the Agape Fellowship Association of SBTC.

With a home base in Brenham, Texas, Pastor Nelson is married to Theresa Nelson. They have Two children and Four grandchildren. 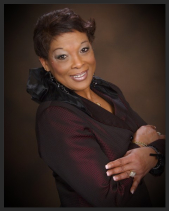 Meet Lady Theresa Nelson – she is often reference by her endearing husband of forty plus years as the better half of the Nelson team.  Lady Nelson is the entrepreneurial leader of a new catering business known as T’s catering and the director at Grace Angel Academy Daycare.  Lady Nelson retells her story of having dreams of becoming a cosmetologist where she attended Massey’s School of Beauty.  As she recalls, “those were not the plans God had in mind for me.”

Instead, Lady Nelson took business courses which helped her to land an executive position at The Houston Chronicle.  She worked for the renowned newspaper company a great number of years prior to resigning.  As a stay at home mom, Lady Nelson cooked, sewed, and cared for relatives and neighboring children in her community.  She served several years as the Superintendent of the Christian Education Department and on the finance board of her home church, The Community of Faith in Houston, Texas.

Not long thereafter, did Overseer Nelson receive the call to begin a ministry in Brenham, Texas.  Together, they have worked to build the ministry we now know as The Fellowship of Faith.  Lady Nelson wears many hats including that of supporting her husband.  Some of the ministries carried under her leadership include the Women of the Word ministry, Grace Youth Ministry, and the Sounds of Grace music ministry.  In addition, she has served as the director of Grace Angels Academy Daycare for nearly fifteen years.

One of Lady Nelson’s favorite hobbies is cooking and birthed out of that passion, she has developed T’s Catering; a delectable food and baking business which serves the greater Washington and Harris county areas.  Lady Nelson can also be found sharing her wisdom and time with younger men and women teaching them about God’s love, self-acceptance, and of course, cooking.  Although she is a mother to Tray and Brandee, she is a mother and grandmother figure and mentor to many.  She is the epitome of the Proverbs 31 woman and the work of her hands is indeed blessed.

Tamika D. Rogers was born in Brenham, Texas. She graduated from Brenham High School and began attending Blinn College. Sis. Rogers transferred to  Sam Houston State University where she completed her studies and obtained a Bachelors of Science Degree in Criminal Justice.

Sis. Rogers serves as a Community Supervision Officer at the Washington County Adult Probation Department.  She holds certifications as a certified DWI Intervention Program Instructor and also The Texas Drug Offender Education Program.
Sis. Rogers is a sought after conference speaker and teacher; prolific in Christian administration and organization. She serves as a mentor to college students and Executive Administrator and Adjutant/Trustee at Grace Fellowship "The Fellowship of Faith" in Brenham since 1996 under the leadership of Dr. George Nelson Jr. Tamika has spoken in many venues such as Blinn College B.S.O, State of Texas training conferences and many more.
Sis. Rogers is a born again believer and faithful servant to God's Kingdom!  Sis. Rogers is the mother of two children, Aaron (deceased) and Karrington. 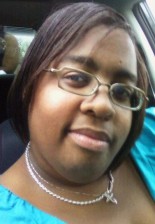 Angela Chatman is the Media & Communications Director for The Fellowship of Faith Ministries and the Impact Manager for Kyle Ink Inc.  Ms. Chatman has been designing publications and working with the marketing resource team for 15 years creating memorable publications and evangelistic tools for ministry, special events, and engagements.  Ms. Chatman received her Associates of Science degree in Business and obtained her bachelor’s degree in Business Administration and Management.

Ms. Chatman is dedicated in service to the One True God and His vision for mankind.  She has a passion for people; particularly in education and an individual’s growth in relationships.  Ms. Chatman serves as the Director of our Christian Education Department and has been a practicing instructor for nearly 15 years.   She also provides tutorial assistance to students ranging Pre-K to 12th grade in the capacities of mathematics and reading.

Ms. Chatman can be found working behind the scenes of most major projects including the celebration of our church anniversary, Kingdom Kids Summer Program, Pastoral Support Ministry, Vision Sunday, Annie Mae Nelson Food Drive, 20/20 Celebration, and everywhere the Spirit of the Lord leads.  She is a member of the Trustee Board and serves on the Stewardship Committee.